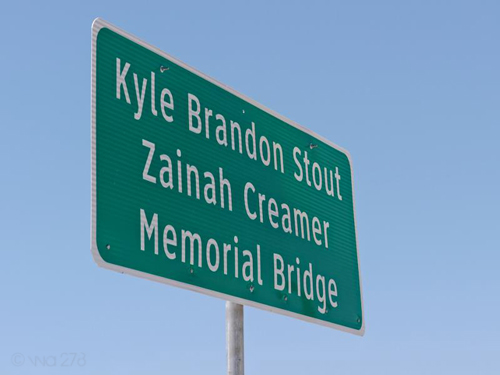 "Never again will one generation of veterans abandon another." is the motto of the Vietnam Veterans of America. It is their goal to make sure that the soldiers who have served or are serving our country are treated better than they themselves were when they returned from war. One way of making sure the current veterans are not abandoned is by keeping alive the memories of those who made the ultimate sacrifice. VVA Chapter #278 did just that when it came to honoring two local soldiers - Sgt. Kyle Stout and Sgt. Zainah Creamer - who gave their all while serving in Afghanistan. 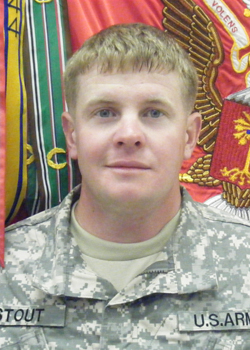 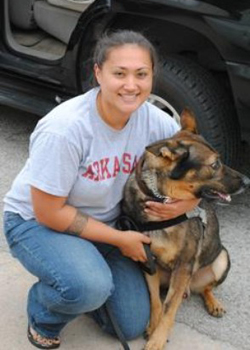 Sgt. Zainah Caye Creamer, of Texarkana, Arkansas, died on 12 January 2011 in Kandahar, Afghanistan, from injuries sustained by an insurgent attack on her unit with an IED. She was 28 years old. Creamer had served in the military for six years and was in her third tour, but first tour as a dog handler, when she died. She was assigned to 212th Military Police Detachment, Headquarters Battalion, based in Fort Belvoir, Va. She was the first female dog handler to die in service. Her dog, Jofa, survived the attack. Creamer's awards and decorations include, the Iraq Campaign Medal with Bronze Service Star, the Afghanistan Service Medal with Bronze Service Star, the Global War on Terrorism Medal, the Combat Action Badge, the Expert Rifle Badge, the Army Commendation Medal, and the Army Achievement Medal. She was posthumously awarded, the Bronze Star Medal, the Purple Heart Medal, the NATO Medal, and the Meritorious Service Medal.

In September of 2011, VVA Chapter #278 began a petition to have State Line Bridge named in honor of Stout and Creamer. State Line is the road that divides Texarkana between Texas and Arkansas, and it was a fitting choice to choose the bridge as Stout was from Texas and Creamer was from Arkansas. The resolutions had to pass both city councils, both counties, and both states' DoTs before the bridge could be named. It was a hard fight in one city, but in the end, all parties agreed to the bridge naming. Indeed, several smaller cities in the area also passed a resolution calling for the naming of the bridge. In mid April 2012, a sign was erected on the Texas side of the bridge; Arkansas erected their sign in November 2012. A dedication is planned as soon as one is feasible.

We honor them, we remember them.

Welcome to the website for Vietnam Veterans of America Chapter #278, located in Texarkana, USA. We meet the third Sunday of every month at the Elks Lodge on New Boston Road. Lunch is served at 1:30 p.m. and the meeting begins at 2:00 p.m. We would love for you to join us! We also set up at various events throughout the year. Be sure to check out our events page for the latest happenings.